What is a subculture?

Now there is a confusing mixture of youth cultures. There is no universal “look”. Anything unusual is acceptable. That is why subcultures are so popular.

I am sure that each of us happened to go down the street, go by subway or just watch TV and see people who are somehow different from the others. Someone has mohawk on the head, someone wears a lot of metal, and someone in black leather rushes past you on a motorcycle. Most often it is the informal people - representatives of contemporary subcultures.
The word “informal” means unusual, bright and original. Informality is an attempt to show their individuality, to tell the grey crowd about their personality, to defy the world with its endless weekdays and alignment of all in a row.

By direction of the interests sociologist M. Topalov classifies youth associations and groups in a following way:

- Defenders of the environment.

Next I would like to mention the various subcultures of England.

Teddy Boys - a youth subculture that existed in 1950s in the UK and has seen a revival in the 70s and 90s for several times. The term "Teddy Boy" appeared in 1953 as the designation of young people from the working class, seeking to imitate the "golden youth", and dress in the fashion of the era of Edward VII.

Mods - British youth subculture which replaced Teddy Boys. Later from the midst of the most radical mods the subculture of skinheads formed. As transport modes chose their scooters and often had clashes with the rockers and bikers (owners of motorcycles).

Skinheads. First skinheads appeared in England in the autumn of the 1968. These were tough guys, equally hating young gourmet majeure and relaxed drug-hippies. Strong fists and muscles formed the basis of subculture of children from poor suburbs.

Punks - a youth subculture that emerged in the mid 70s in the UK, USA, Canada and Australia, characterized by critical attitude towards society and politics. The word “punk” in the English language has many meanings, but before the appearance of punk rock in most cases was used as a curse. Punks have always been against the government, the order, and therefore have never promoted any other ideas except anarchy.

Grebo - a youth subculture of the 1980s - early 1990s, originated in the UK. The main visual attributes of Grebo-style are dreadlocks, baggy clothes and hats of unusual styles and forms.

The New Romantics - a musical trend that emerged in the UK in early 1980, and had a significant influence on the development of British pop and rock scene. "New Romantics" emerged as an alternative to ascetic in its many manifestations punk culture.

Fandom - the name of informal subcultural communities, where participants are united by some common interest or hobby. In a narrower sense, fandom is the name of an amateur fiction community. For membership in a fandom it is not enough just to be interested in the subject of fandom – it is also necessary to participate in information exchange, which is the main reason of community existence.

Ravers. Rave - massive disco with DJs performances, where everyone can feel the powerful energy of music. In the UK raves have become a mass phenomenon in 1988 and in the beginning of the 1990's became known outside the country. Pretty soon, raves began to be held in British clubs with use of multilevel dance floors, with a DJ on each.

Parkour - the art of movement and overcoming obstacles. Among known parkour-teams there are English «Parkour Generations» and «Urban Free Flow». In order to do parkour, first of all, you need to know yourself, striving to create harmony between body and spirit, and to begin to deal your fears.

One of the most interesting subculture is the Gothic subculture.

It originated in England at the turn of the 70-80s. Since the mid 80's the second wave of gothic groups raises, and there is a formation of people who identify themselves as Goths, forming the main idea of the gothic culture, the concept of the Gothic worldview. During this period the basis of modern Goth subculture formed. In the mid-90s the process of cultural development is brought to a new level.

Gothic worldview is characterized by an addiction to a "dark" view of the world. It is difficult to describe all the components of such complex concepts as the gothic world, but in general this is a special romantic-depressive outlook on life, reflected in the behavior, the perception of reality and relations with the society. Of course, all of the above-listed applies not to all the Goths, but at least it helps us to understand what we mean by gothic outlook.

Subculture of Goth is almost the most mysterious and unusual of all existing in our time. Only someone who is really in love with the enchanting atmosphere of the gothic culture, will not be burdened with the traditions.

One of their principles says that this day may be the last in your life, so it should be lived properly. But instead of being in full force to enjoy positive emotions, Goths take inspiration from depression, despair and heartache.

Problems of the subcultures.

Involvement in a subculture often becomes a source of problems for adolescents, including relationships with parents. Adolescents, as a matter of age are "the opposition". Subculture is an island of teenage identity, a place where - as teenagers feel - you can find and save yourself. Another thing is that subculture - as every island - not the safest place for a man entering this world.

The worst affected are the parents when their children are drawn into a subculture. How to protect children from this? How to pull a child from that environment? We must admit that total immersion in a subculture takes place when the child by his pubertal age has almost destroyed relationships with parents. The necessity in subcultural community is then dictated by the lack of human support during this extremely busy and full of conflicts period of life. So here we have a situation similar to many diseases, which are easier to prevent than to treat.         Anyway, the relationship with a teenager may be built (and rebuilt) only with a respectful human perception of his personality and understanding his personal motivation and preferences. Therefore, the first advice is not to do jump to conclusions and evaluations, and try to understand the situation: What kind of subculture is that? What could attract a child in its ideology? Without this knowledge, any conversation would resemble a conversation between a deaf and a blind.

It is very important to get a real idea about the people with whom your child has a friendship, show respect without criticism and notations in the conversation.

If the worst fears, unfortunately, are justified, the most rational is to resort to an external authority. Child-parent conflict is prevented from reaching the child and letting him know that he is in danger - his readiness to oppose to your will is too high, and the pressure of parents can play a cruel joke, literally pushing the child from the family. Necessary assistance is likely to be given by a teacher, coach or a relative. In some cases it is appropriate to attract professionals who are constantly working in this direction.

Some of the youth subcultures can create a platform for the development of negative tendencies in the youth, others probably have a positive social value.    Anyway, subculture is hardly accepted by society. For example, a probability of passing the bill on the new state policy in the sphere of spiritual and moral education of children. It was assumed such an item as the fight against youth subcultures. But would it help? Let us examine in some detail. First, what was a reaction of teenagers themselves?

“They do not understand what gothic is. They really think we are someone crazy with suicidal tendencies. Gothic is a state of mind, and appearance is one of the ways of expression yourself.” “If you forbid it, so give us something like that which is interesting, where you can show the true you!”

It is important to understand that subculture is not like a sect, which completely reprogram people. Yes, every subculture has its own worldview, perhaps not the most ideal, but it is not a subculture that forms it, but the people who are involved.

With regard to crime and suicide – it is an authentic fact. But remember in linguistics such a thing as "broad generalization" when the signs and the features inherent to any individual member of an ethnic or cultural group are transferred to all its carriers.

It is not necessary to believe this, while it is very easy to prove that this is not true. If two of ten thousand members committed suicide, then the cause is not a subculture but the relations with other people. Otherwise, why the rest are alive?

Many young people assume that but for the subculture, they were just themselves. Almost each is soberly aware what he wants to get from belonging to a subculture, and why he needs it all. This is the direct road to the individual.

Really good step would be a greater control over television production. If you gradually remove the cause, its consequence will soon disappear. But if you delete a consequence, the cause will continue to operate. And until it is late, we should seriously think about it. The only way to avoid war with teenagers is to find a decent alternative to such subcultures. As you can see, the problem of subcultures is extremely significant. That is why we cannot ignore it, pretending that nothing is happening. 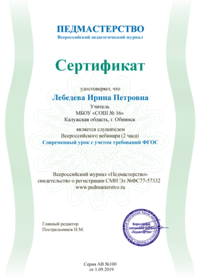 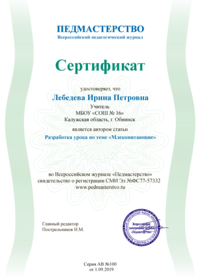